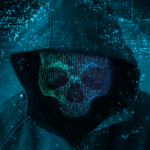 I’ve kicked off a new project/band where I’m creating music with a heavier techno/metal sound called binarywaste.  You should check it out by clicking right here!

I remember a friend of mine who was renting from me about 10 years ago showing me one of his tracks that he had shared on ReverbNation and suggested that I place some of my music there as well. I browsed around for a bit… listened to some of his tracks, but quite honestly felt the platform looked unattractive and in my opinion, targeted towards artists in a genre that was way outside of the type of music I produced.   I didn’t like it.  In fact, I hated it and didn’t want to be associated with it.

As a developing artist however, I’m always looking for ways to present my music in ways that may lead to more discovery and recently I noted a few of my artist friends have a presence on ReverbNation.  I decided to give it a shot, and after about of month of having a presence there, I figured I would share my thoughts so far.

I am still unsure of the platform, and it’s only been a month. I don’t want to drive a nail in the coffin in regards to ReverbNation just yet, but there are a few things I still just DON’T like about the platform, and some services the platform offers that I would probably recommend not investing in.

Lets first start with the presentation of an artist profile on the site.

I was honestly surprised at the number of pros vs cons as I sat down to write this.  I think it’s just the one Con I have listed that makes me cringe when I look at the artist profile page.

It starts to get worse here.

Yeah, right. Let’s start with a picture for reference.

So you’re telling me that after only “16” plays, I’m ranked number 1 in the Dallas area, and 268 nationally in the Electronica category?

The following must apply to these figures

There is only one service that I’m going to detail, because after using it, I have absolutely no desire to try their other services.  And that service is the “Test for Radio” service.  As per their own description:

“Is this song good enough for radio?

Songs that are ready for a mainstream audience score a Track Rating of 7.0 or higher with Crowd Reviews.

Crowd-sourced reviews let you know if your music is ready for a mainstream audience. With descriptive reports and in-depth statistics, Crowd Reviews are a great way of knowing where your music’s strengths and weaknesses lie.”

So you basically elect for a song to be tested.  It’s sent to a set number of listeners (Based on how much you pay) and they (ehem) “Listen” to your song and critique it for you and score it.

I decided to try this service with a couple of my songs.

And Goodbye Dubai – From the album Skylines.

I felt they were both decent songs to utilize for the experiment. One very ambient track, and one more upbeat soft-electro rock.

I signed up for the service, and after a few days I got my results.

And then you have the reviews themselves.

Now stop… Before you go ANY Further.  If you have not heard either of my songs, I would encourage you to take a moment and listen to them.  You will obviously notice that they are instrumentals.  There are NO vocals in these songs.

Most of the little mini reviews were nice. You can tell that “Most” of them, actually listened and provided some good feedback.  I’ll share that good feedback in a moment, but let me first start off with this review that was made.

This song has major potential. I believe this song can be on the tip charts. The beat and the lyrics fit the song perfectly. Overall, great song looking forward hearing more of what more it has in store for the listeners. This songs has potential.

Did you catch that? The part about the lyrics?  Obviously, they did NOT listen to the song.

well there were no vocals in this one but i love how well this was put together. It was relaxing. To be honest it sounded like an ending song for a move.One of the best pieces ive heard on this app. i give this a 10 out of 10.

The targeting is SUPPOSED to be towards people that like the same type of genre that you have the song set to.   It’s my firm belief that these reviewers on ReverbNation think “Electronica” and “Ambient” obviously means EDM (Electronic Dance Music).  So they are expecting EDM, as that’s what Electronic Music means to them.

Here’s a great example of this mentality:

dont really like this track something missing cant quite put my finger on it .Maybe a little base some where in the middle of the song might do it some justice.would be a very good drum and base song people would love the drum and bass remix of this deffo.

Maybe this reviewer has a point.  Maybe an EDM/Dance mix of Ambient HIghways should be put together. I dunno.

However, the other 38 reviews for Ambient Highways were nice, I’m just not sure if the listeners truly listened to it, or if the targeting that ReverbNation uses is correct.  I don’t see a better option to classify my music on their site.

Here’s a couple examples of the others:

The intro is nice, I like the slow pace that it starts off with. I think how they add the instruments in is solid, and is appealing to most people, including myself. I think that the harmonies created are beautiful and are very soothing to the ears. The piano is especially nice. I like the loud parts and soft parts, and also how it rapidly changes from one to the other. I wish there were vocals to this song, it could tell a good story. I am a fan of the techno part, definitely different.

The start of the song is really beautiful, amazing and it has a great tune. Although it’s kind of long, but I can feel the smoothness that it wants to display. Additionally, the record quality is really good, and I feel it’s a good song to hear while meditating. In conclusion, a great song with a great use of the instruments.

I like how this song starts out. I think this song is nice and I like how the instruments were used. The rhythm is nice. I like the production as well. I am interested in hearing more from this artist because I believe the artist really knows what they’re doing.

So some nice comments made, but as evidenced in the last one… They REALLY didn’t listen to it.  There is no rhythm at all in Ambient Highways.

The same pattern shows itself on Goodbye Dubai.  Once again, NO VOCALS/LYRICS IN THIS SONG!

great song, good vocals, good harmony, i love the beat of this song, i’d dance along to this for sure at a party. i’d love to hear this song and much more from the artist on the radio. love their voice and the lyrics of this song.

The instrumental is just amazing. Its so soothing, but there is no vocals so i did not like that. but overall, I love the beat and its just so relaxing. i can honestly can say that they could have done better, and the music is awesome

So “they could have done better, and the music is awesome”.  If it’s so amazing, and awesome what could have been done better? Don’t tell me something could be done better without providing some decent feedback.  And it’s a bit rhetoric.

Overall, ReverbNation is yet another platform to host your music, and possibly have new fans discover your music, but at this point I would ignore their ranking and stats to provide you any real value.  Also, I’ve only used one service, and the results were almost what I predicted.  Absolutely not worth the investment.